So, we had our bad experience leaving Dunkirk in April 2012 and had to go back because of the bad weather.  The journey had been pretty bad and Maria spoke to Martin Hubbard about how we could move forward.  We had decided that we were keen to go around the world and had a read a number of books including an inspiring book called Sail Away by Nicola Rodriguez. This is a story of a normal couple with initially no knowledge of sailing who had taken the plunge and sailed a way for a year which had been extended for many years (and two boys!)

A blue water cruiser can be expensive, especially a new one, and we wanted a boat that we would be comfortable in for a number of years.  Having looked at what was available, and likely to be within our budget, we didn’t think we could afford an Oyster, Hallberg Rassy or similar.  We felt that a Moody could be viable and started to look at these.

We initially looked at a 2007 Moody 49 called Mornin’ Gorgeous which was immaculate.  There was nothing that was needed on the boat and the only question mark was that she was blue hulled and we didn’t know whether this would be good in a hot climate all of the time.

I sent a note to Martin Hubbard asking whether he had an opinion on the Moody 49.  His response was that the “Moody 54 was a cracking boat….”.  At this stage I saw an advert for an older Moody 54 with JR Yachts. We were due to go and revisit the Moody 49 to make a final decision and I suggested that we combine an initial view of the 54 to help us make our final decision.  I spoke to John Rodriguez and arranged a viewing without telling Maria too much about the boat.  We visited Mornin’ Gorgeous who looked perfect.  This started to make me think.  As fantastic as this boat was, she was someone else’s dream and ideas.  As we found with the Dufour we liked to put a personal stamp on our boat and make her our own.

So after visiting Mornin’ Gorgeous, we drove the short distance to Swanwick to meet John and take a look at the older Moody 54.  One of my first questions for John concerned his surname. 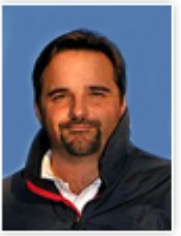 We then found out that John is Nicola’s husband and so it immediately felt that we knew him since we had read so much about their sailing adventures. We have found John incredibly friendly and knowledgeable and are proud to consider him a friend.  One disadvantage is that John is very persuasive and every time we see him he tells us we have to set off now and not to leave it any longer! He is a very bad influence 🙂

So we arrive at Swanwick and the Moody 54 is out of the water, exactly the same as when we first viewed the Dufour. This means that we have to climb a ladder to get onto the deck – this wasn’t a good start for Maria but she likes Moodys and decides to climb the ladder.  John and I had a conversation and I explained that Maria will know immediately whether she likes the boat or not. I mentioned what had happened when we first went onboard the Dufour and Maria decided that was what she wanted. On deck we had to climb under a tarpaulin to get into the cockpit and then into the boat itself.  As soon as we stepped down into the saloon, she seemed palatial. The difference in the size of the saloon compared to the Dufour and even the smaller Moody was amazing.  There was a little bit of a musky smell but we put that down to the fact that the boat had not been used, or loved, for nearly eighteen months and expected that, like the Dufour, she would come back to life with some TLC.  Speaking to John, it was clear that we liked the boat a lot, and had decided that the potential offered by the larger Moody would let us put our own stamp on the boat. The name of her didn’t work for us since she was called Alice (Alice, who the f…. Is Alice 🙂 ).  That wasn’t a concern since we had already gone through a renaming ceremony for the Dufour, previously called Charley Farley (who comes up with these names 😉 ). The other key factor was that we had put the Dufour up for sale on the South Coast and this sale was a prerequisite for any offer being accepted on the smaller Moody.

The owners of the Moody were keen to have a deal and were prepared to take the Dufour as part exchange. With a little negotiation on price we were able to come up with a deal subject to surveys and finance. We were ecstatic.

The surveys are both fine and so we moved forward.  This was in April 2013 and we didn’t expect any further problems.  Unfortunately there were some problems with the marine loan and the lender made a number of stipulations and told us that we needed to comply with these within three months before they would reconsider our application.  This was crushing.  However we persevered, but had to stop the purchase until we had done everything required.

Three months later we were able to speak to the lender and got the green light and the deal was back on.

At this stage, we thought all the hard work had been done, we were so wrong.  Over the weeks, we had been close to John Rodriguez, but now we had to work really well together to push the sale over the line.  The Moody 54 had a varied background which had included a tour of boat shows and being registered in Malta. Unfortunately the documentation didn’t fully show the history and the lenders were not happy that they could prove the boat was VAT paid which would add a lot of money to the deal and would have been a deal breaker.  John worked really hard to make this work and after several weeks we were able to complete the sale.  Part of the deal was that we would have the Dufour delivered to the South Coast where we could pick up the Moody and return her to Ipswich.  Unfortunately work got in the way and we were unable to do this ourselves which we were really keen to do.  Having engaged a professional crew however we were able to bring the new Mariadz home 🙂

One thought on “Buying the Moody”