I may have mentioned Mornin’ Gorgeous a few times during the purchase of our Moody 54, but it has to be said she was an inspiration for some of the things to do. Another one of these ideas was the fitting of a heated towel rail in the state room heads. On the Dufour we had used the shower once, the emptying of the shower using the pump made a lot of noise and the boat seem to shake, there was also water left in the system which would come across the heads when we heeled. All in all, we decided it was easier to use the marina facilities since we weren’t living aboard.

However, the Moody is a different matter with a large shower cubicle and powerful warm shower. With a ton of water, there is no reason not to use the facilities on the boat.

that means that you have lovely warm towels after a shower. I suspect this will be more important in an English Winter than a Bahamian Summer. 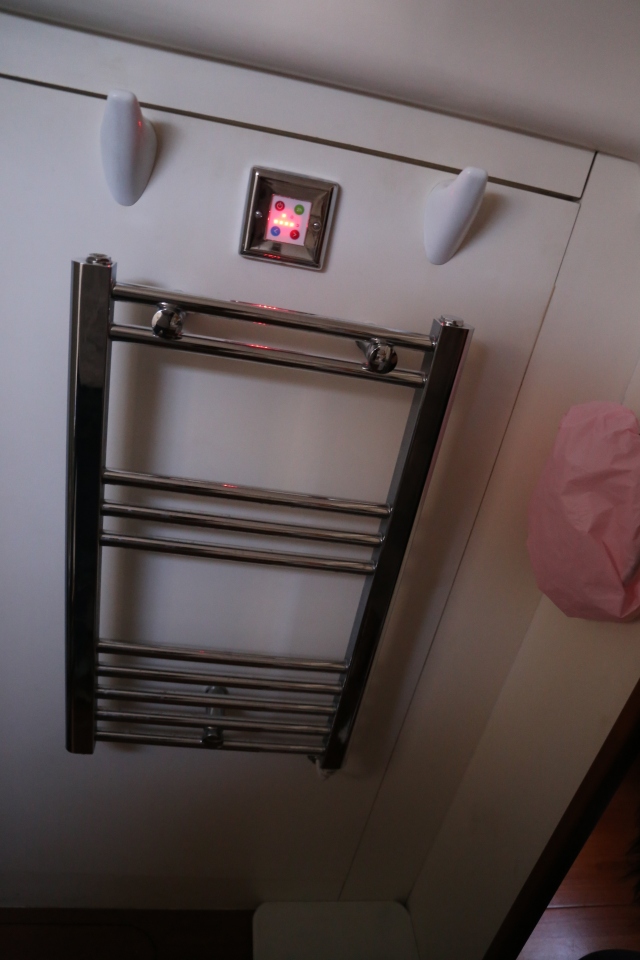