This blog has been requested literally once. But I am not one to ignore the clamour of my only reader.

When we had the Dufour we had looked into this and decided to go with the RedBox from mailasail with the wifibat extender, an expensive solution that promised a lot. I thought I would be able to pretty much automatically switch between WIFI, 3G and satellite. This is a real techy solution and I don’t think it is as intuitive or simple to use as I would like (and I’m IT literate).  I also had problems using internet explorer and was told that the way to avoid these problems was to not use internet explorer!  Not great customer service.

So when we bought the Moody, I wanted to review what was available again and see if there was a simple solution to my problem. Preferably at less cost than the mailasail setup which although functionally rich is not cheap by anyone’s standards.

After some investigation, I came across the wifigear website which had been recommended on a number of forums and their Wifigear for boats product. Unfortunately, wifigear subsequently decided to stop offering this package. This package joined together a number of industry standard products to form an integrated solution for wifi and these can be bought individually.  This included a Bullet M2 Titanium

which allows the signal to be shared wirelessly.

Clearly this all works on 12V/24V and so we have access to this system without using the inverter.

With the inclusion of a MIFI (which allows up to 4G download), I am able to use WIFi where available and switch to a phone if needed.  I also need to understand where satellite phone technology is because I would expect that it would be possible to feed this into the setup at some stage.

That moves me onto the MIFI setup. I wanted something that would be fast so that we could stream TV if required. 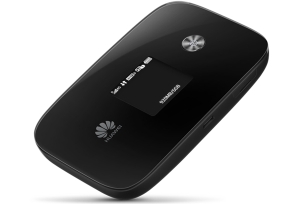 This sounds a good idea but with a 15GB monthly limit, it is very easy to blow that watching TV over a weekend! The MIFI needed to genuinely achieve 4G where available, apparently some marked as such do not do it. I thought the 4G would be a form of future proofing :).  We went for the Huawei 4G/LTE E5786 300 Mbps Wi-Fi Wireless Router – Black

which has worked brilliantly.  With the “3” SIM card, you can travel aboard for up to thirty days and not pay any roaming data charges which also works very well for us, even though we also use it for the motorhome. You just need to keep an eye in usage, which is shown on the screen.  However, we do travel abroad a lot and these things are changing all of the time.  We have now moved over to EE who offer up to 15GB abroad a month as part of their 30GB plan. Post blog update…….the European usage is unrestricted within your plan since June 2017, so if you go for the 60gb plan you have that much data in Europe, at least until Brexit!